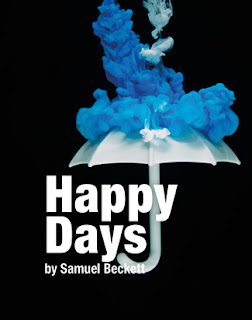 I will start out by saying that this play by Samuel Beckett focuses on a woman buried up to her waist in a mound of earth. She monologues her thought processes and every fleeting idea occasionally interrupted by her barely glimpsed companion. I am not as well versed in theatre as I would like so can understand how this might not sound like a good night out.

What 'Happy Days' in fact is, in this production at the Tower Theatre, is a funny surreal look at a woman's life stuck in a moment that she can't get out of. Winnie (Ruth Sullivan) is a outwardly cheery sort, atop a slate mountain with her large bag of  objects and precious things that help her cope each day. Her husband, Willie (Ian Hoare), is visible only behind a paper with his straw hat and hankie but his interjections and grumbling are vital to the show.

However this is very much Ruth Sullivan's play and her performance is absolutely knockout. She has a lovely light comic touch, bringing a real energy to the text's rhythmic repetition. Her characters constant chatter rather than becoming annoying is given a dotty charm and sweetness. The tragedy of Winnie's situation is allowed to slowly seep through as Sullivan flickers from joy to sadness as her superficial happiness starts to crumble.

She expresses relief at one point that she is glad she has Willie as otherwise she would just be talking to herself . In the 2nd part of the piece, as time and soil has her further stuck she muses on how time and marriage has stripped her of her attractiveness, her ability to better herself and her life. All she is left with is her thoughts and memories that grow ever bleaker. Sullivan has to use every face muscle to express the battle that rages in Winnie's head as her dreams fade and reality in this most surreal of landscapes starts to bite hard. The set and lightning are really effective, the slow movement from dawn to dusk and the darkening colour pallete as the narrative gets bleaker

Actresses have described the part of Winnie as the equivalent of Hamlet for female actors. Ruth Sullivan is a captivating presence that drives this fine production 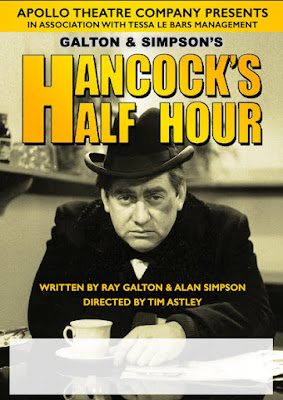 The Tony Hancock that embodied the voice of Anthony Aloysius St John Hancock had been dead over a decade before I started asking my parents to play that record about the man talking to the man in a boat and at a hospital donating blood. That album being 'The Radio Ham / The Blood Donor' on Hallmark Records (aka March Arch label HMA228). walk into any charity shop today and you can pick a copy up for a quid. I often have just to give it to people as it is genuinely in my top ten albums ever made - for its comedic skill in the performance and writing. 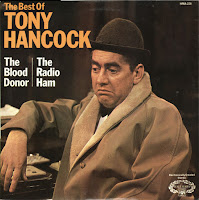 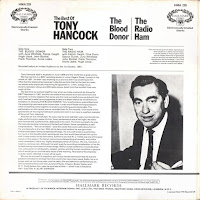 Unlike the TV versions Hancock is not relying on cue cards or in the case of The Blood Donor, concussed after a car crash so gives much better performances. The foundations of my love of comedy can be traced back to that record that I know every click, pause, breath and line by heart as I do a Beatles album. As a kid I laughed along despite not understanding references to Neville Chamberlain, Kuala Lumpur and Rob Roy. This was the post war world of frothy coffee, rock n roll and Mrs Dales Diary that was making me giggle 25 years on

On cassette I had 'Unique Hancock' - a compilation from across the radio series and 'A Golden Hour of' with slightly trimmed edits of the peerless 'Sunday Afternoon at Home' and 'The Wild Man Of the Woods'. These I played until they literally wore out so I was delighted to discover that a live recreation of those radio show tapings by Apollo Theatre Company featured that latter episode. 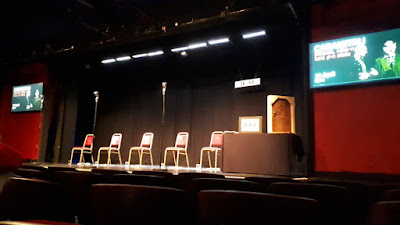 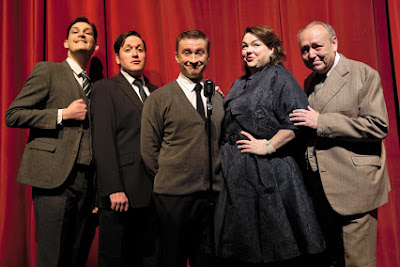 I'm sure you are familiar with footage of people recording radio shows back then and I dare say it hasn't changed that much today. actors stepping forward to do their bit, stepping back to turn the pages. The sound effects might be digital rather than a Foley artist at the side of the stage opening and closing small door, making footsteps or paper scrunching but the stage was set to make us feel like we were in the Paris Theatre in the 1950s.

I think you may have gathered that I had high hopes for the show and I was not disappointed. The cast were note perfect without it feeling like a faithful but dull impression show. There was real camaraderie and slight competitiveness between the characters. Colin Elmer's Kenneth Williams was shamelessly playing to the audience as Williams was famous for, embodying all the authority figures and simpletons with ease physically and vocally.

Laura Crowhurst just was Hattie Jacques' Griselda Pugh with all her withering sarcasm and girlish glee, particularly in 'The Americans Hit Town' where she gets engaged to a new Yank every night. Tom Capper plays the butt of Hancock's jokes, Bill with a loveable idiocy.

The recent BBC recordings of 'The Missing Hancocks' have had a weak link in Simon Greenall's take on Sid James. Sid's voice is one so familiar to several generations from the Carry On films and Simon, a superb comic actor, just doesn't hit it right - it's a broad cockney growl. James' voice is a product of his South African roots and adopted London home, sharing some of the sibilance of Chris Eubank's speech (he was also a boxer) and a strange mix of high gruffness.
Ben Craze absolutely nails Sid James - it is a beautifully understated but perfect take so good I closed my eyes a couple of times and I swear it could have been him. This gave the piece such a kick in the opening 'PC Hancock' where the Lad unknowingly provides Sid with info to carry out some heists. The sly charm of Sidney Balmoral James is all there.

At the centre of it all, James Hurn as the Lad Himself brings the pompousness, gullibility and quick wit of Hancock alive. At first sight he doesn't look much like Hancock, not that it really matters in this context but as the evening progresses and you ease into accepting him as Tony your eyes strangely join the dots and he begins to morph into him. I really can't explain it, it was the oddest thing. The adlibbing and fluffs only added to the warmth that glowed from the stage and players.

With Clive Greenwood acting as MC really cementing that feeling you were watching the real thing this was an absolute treat from Wally Stott's theme to the final curtain call.


Stone me - it was marvellous.