I'm Every Woman: A Musical Celebration For International Women's Day 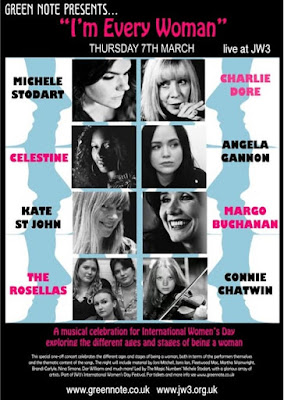 Quiet please, there's a person up there And she's been singing of the things That none of us could bear to hear for ourselves Give her your respect if nothing else
Every year the comedian Richard Herring spends 8th March on Twitter telling anyone asking the question 'When is International Men's Day?' that it is on 19th November - raising laughs, awareness and money for charity. You can check his twitter feed for this years efforts and how to throw in a few quid.

For the past couple of years I have marked it by attending events organised by the award winning Green Note and curated by Michele Stodart - bass face extraordinaire from The Magic Numbers.

In reality nights like this can be mixed affairs with varying quality and degrees of success when interpreting songs in often vastly different arrangements but this evening flowed perfectly representing the many stages of womanhood. 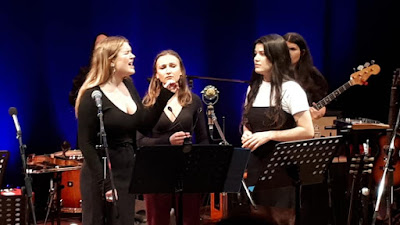 What I enjoyed about this years event was the slightly wider breadth of age and experience gracing the stage which opened up themes and insight through their and other artist's eyes. There was a strong mix of covers and original material throughout with accapella trio The Rosellas kicking us off with a sweet 'Que Sera Sera'. Margo Buchanan gave 'At 17' a wistful and dreamlike quality that made a familiar tune sound fresh once more. She later joined Charlie Dore for an impromptu comic double act as they discussed their hero, Joni Mitchell, before a simply beautiful version of 'Both Sides Now' that even captivated this casual fan of the lady. 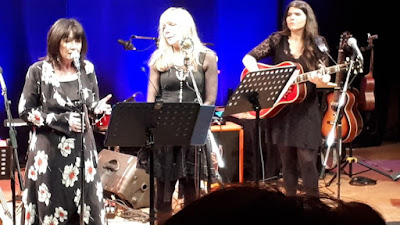 Charlie's own song 'All These Things' which revolves around a couple going through IVF - she admits the 1st line "Waiting in a petri dish" came to her and the rest just tumbled after - is a heartbreaking song full of hope, prayers and dreams. It wasn't the only one to bring a lump to the throat as musical arranger and Dream Academy vocalist Kate St John's 'We Watch You Slip Away' about her own mothers battle with dementia seemed to make the whole room hold its collective breath. 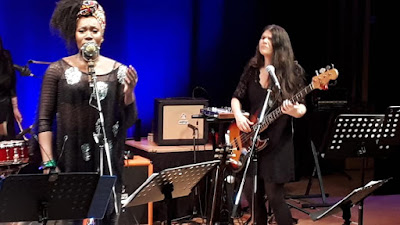 Bristol's Celestine closed the first half and absolutely blew the roof off the place with her take on Nina Simone's 'Four Woman' inhabiting the strength and power of the lyric and Nina herself at its climax. Encapsulating motherhood and what it means to be  female wre at the core of Michele Stodarts' choices for the night in Dar Williams' 'When I Was A Boy' and Brandi Carlyle's take on motherhood, 'The Mother'. The Rosellas mostly unaccompanied version 'Grandma's Hands' really shouldn't have worked on paper but was genuinely brilliant. Throughout the night violinist Connie Chatwin added subtle colour and pathos to the songs. 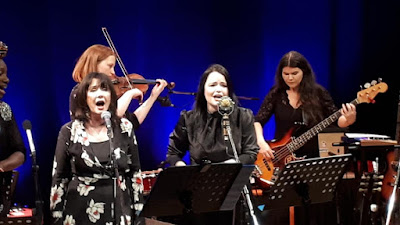 Was thrilled that Angela Gannon chose Dusty's 'Quiet Please, There's A Lady On the Stage' * (she is the Magic Numbers "Paddington Bear death stare" weapon to constant qig talkers apparently) as the 20th anniversary of her death has just passed I thought Angela stole the Leonard Cohen tribute gig here a couple of years ago with her country tinged take on 'Tower Of Song' and she nailed this too. The audience rose without prompting on the 'stand for the ovation' line and stayed there for the title song Whitney\Chaka Khan's 'I'm Every Woman' with Celestine again wowing with her voice and expressive dancing. 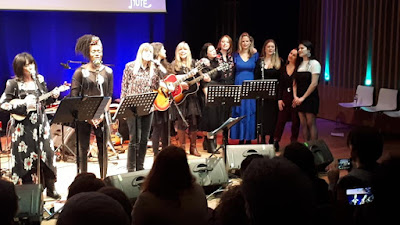 Quiet please, there's a lady on stage Conductor, turn the final page And when it's over we can all go home But she lives on -- on the stage alone.