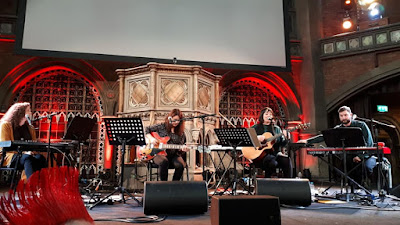 I grew up connecting songs with prison. One of my touchstone records that I wore out was Johnny Cash live at San Quentin with his hastily penned title track that tears the walls down and takes the roof off with its bitterness and fury. Todays sets provided by members of the Distant Voices collective, written in conjunction with serving prisoners looked beyond their current surroundings, often backward with regret but forward with hope

What made this event truly special was that we were able to gain insight into the people and the stories behind the songs. Not what these people had done to end up where 0they were but how their lives shaped where their imagination took them. Presenting the songs featured on the album 'Not Known At This Address' and beyond, Emma Pollock, Jo Mango, Louis Abbott & Donna Maciocia. gave voice to those often forgotten by society.

Some of the songs delved into the life story of the inma8tes with 'I Will Not Follow Him To The Grave' showing the influence that Liam Forsyth's brother had on his life and how that will shape his future. Emma Pollock, ex-Delgados, gave us all the pain, sorrow, hope and spirit of the song through her performance. 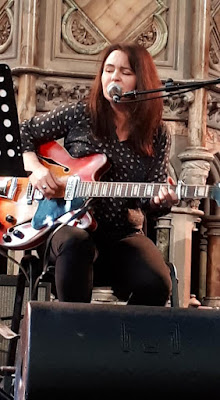 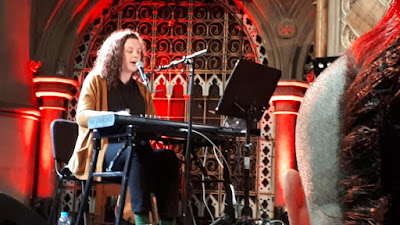 Dreams of home are unsurprisingly at the heart of a couple of the songs played but not in a cliched or standard way. 'A Home From Home' is from the point of view of an Indian national who was looking forward to release and returning home. However his song is full of thanks and memories he will carry with him of Scotland where he lived and unfortunately served time.

Frewsie penned a tribute to the Magnum Leisure Centre of his hometown, Irvine, 'Rendezvous With Warpaint' which was demolished while he was inside. The song represents the death of a part of his childhood and something in his life that he thought would always be there.

During the show, betwee2n cake runs, we were encouraged to ask questions and engage with the subjects, learning about the creative process and the artists own reactions to the process. Jo Mango played 'Regardless' her response to 'Franks' song' reflecting his use of sunshine and light at its emotional peak. I particularly enjoyed a song I didn't catch the title of (and is not on the album) with the lyric 'I wish I could rewind the tape and record over all the mistakes I made'

All the performers put such emotion into the tales they were telling , Donna on the mournful 'Never Got To Say Goodbye' and Louis perfectly inhabiting the aching to be free of 'An Open Door'. The set ended with a slight rewrite in 'Buck It Button' - perhaps in deference to the chapel or younger ears in the audience 8(I've heard worse there meself) an upbeat funny warning to the  dangerous, often fatal impetuous spirit in us all
You came away from this event, back into the wild windy Saturday afternoon with its traffic and noise perhaps thinking more of those behind bars as individuals with stories more complicated and imaginations more varied and intense than the media like to portray.

As always, Daylight Music is a unique oasis of calm contemplation that I am torn about - I'd love as many people to experience it as possible but not too many that it would mean getting in becomes a problem. Such a chilled out vibe, children are welcomed, not shushed into submission and its all so friendly. Add to that the wonderful sound, in one of the country's finest venues plus cake and hot drinks - its always a pleasure. 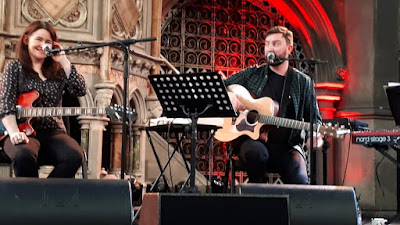 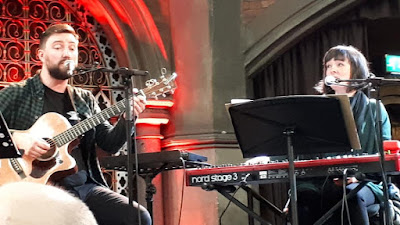 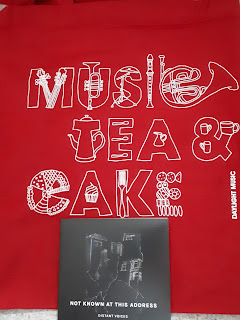