Eels* - to use John Peel's well worn phrase about another band led by a wilfully outsider visionary - are always different \ always the same. You never know the kind of show that you are going to get even from the latest album they are here to promote. 'The Deconstruction' is a meditative and considered record but we find ourselves at the most rock of venues. This is (as the posters trumpet) the triumphant return of Eels after a four year absence that E felt could have been permanent but thank god it wasn't as they bought the rock with one of the best, if not THE best show I have seen them play. 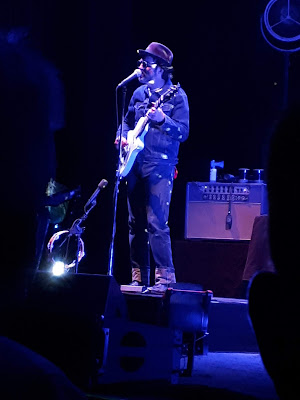 So no strings, horn section etc - just the four piece taking the stage to the Rocky theme before launching head first into two wonderful covers of The Who's 'Out In The Street' and Prince's 'Raspberry Beret'. That's a ballsy move right there - the sort of thing lesser bands would leave to a crowd pleasing encore but shows the confidence E has in his own songs following slam dunk classics.

Perched on his lead singer riser, dressed in a slight variation to the uniform taken by guitarist The Chet, bassist Big Al and drummer Little Joe, E is in fine raspy rock bellow mode, howling for salvation on (yes) 'Dog Faced Boy' and snarling 'Bone Dry' from the newie. The setlist for the tour appears to be pretty set, aside from the odd variation but the deadpan on stage quips and pronouncements feel spontaneous even if they are scripted.

The reason Eels are always an entertaining live act is simple - they don't play it like the rekkid. I don't mean in a Dylanesque "guess the song from this melody before the chorus" way but 'My Beloved Monster' is slower and moodier, the plinky plonky rhythm of 'Novocaine For The Soul' (probably most people's entry point to Eels world) exchanged for more ominous tone but retaining the guitar wig-out. There are delicate sweet oasis of calm with the peerless 'Climbing To The Moon' but the driving groove of 'Souljacker' is where the band are located right now. 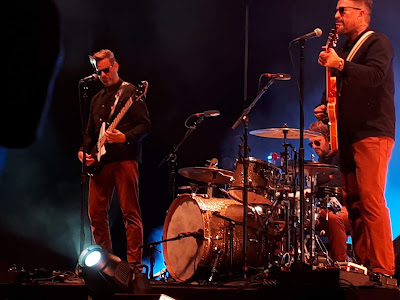 Now a Freeman of the City of London (he is presented with his ceremonial tie and cufflinks) E & Eels have always enjoyed a unique relationship with the UK It's the humour, the pessimism mixed with hope as typified in set closer 'PS You Rock My World'. E and Prince return for a take on 'When You Were Mine' which easily could be mistaken for one of the artist formerly known as Mark Oliver Everett's own lyrics. The rock is bought one last time for a murderous 'Fresh Blood' but, in his own words, we are left with something more uplifting, an unexpected cover of Brian Wilson's 'Love & Mercy' that segues into snatches of 'Blinking Lights' and 'Wonderful Glorious'. That last tune possibly summing up what took place in Brixton tonight when everything clicked into place and the big bad world outside fell away. 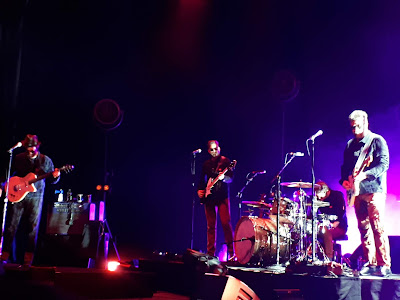 (* for me it's always EELS , not The Eels, they are like Pixies in that regard)

Out In the Street
Raspberry Beret
Bone Dry
Flyswatter
Dog Faced Boy
From Which I Came \ A Magic World
Daisies Of The Galaxy
Dirty Girl
Prizefighter
Rusty Pipes
Open My Present
You Are The Shining Light
My Beloved Monster
I'm Going To Stop Pretending That I Didn't Break Your Heart
Climbing To The Moon
I Like The Way This Is Going
Band intros \ Little Joe!
Today Is The Day
Novocaine For The Soul
Souljacker Pt 1
I Like Birds


PS You Rock My World

Encore 1:
When You Were Mine 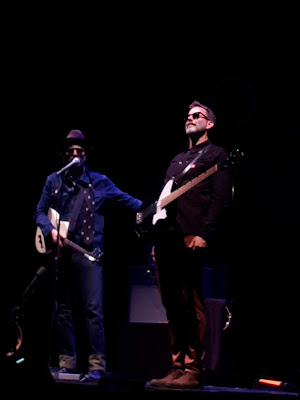