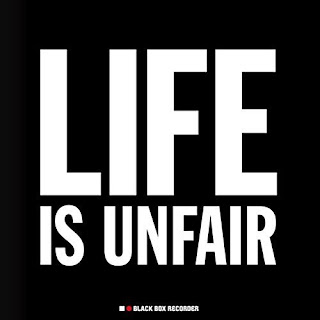 The day that Black Box Recorder were creating the title track of their debut 'England Made Me' Tony Blair's New Labour Party came to power in a shower of 'thank god that's over' as 17 years of Tory rule slumped into a bin bag, an acid soaked satsuma ejected from it's mouth. The country had drunk Blair's brew and were high on Britpop vibes. The band and music they produced which makes up this 4 CD & 1 DVD box set was not part of that sad burlesque.

The backstory of the three albums - England Made Me, The Facts Of Life & Passionoia is vividly told by the band via individual essays in the accompanying booklet (with Luke borrowing the opening line from Elvis Costello's liner notes to Goodbye Cruel World to discuss their final album) . England Made Me feeds off an urgency to escape, to be fabulous in a grey world, sneering at the mundane and ordinary topped off with a cracking cover of Uptown Top Ranking (vocals by a barely awake Sarah). The quiet horror of 'Girl Singing In the Wreckage', 'Child Psychology's perfectly pitched mix of dialogue and disdain 'life is unfair, kill yourself or get over it' Sarah Nixey's detached vocals with Luke often acting as counterpoint like a devil on the other shoulder.

On the opening track of The Facts Of Life - 'The Art Of Driving' opinions from male & female perspective are given on the best 'driving' technique like a modern 'A Guy That Takes His Time' on an album tumescent about love and sex. The first flushing on the sweetly innocent 'May Queen' and title track hit single, fantasy and lust 'Sex Life' & 'Goodnight Kiss' but the unrest and mystery is still lurking under the patio of 'Gift Horse'.

Despite Luke's misgivings 'Passionoia' is a fine electronic pop album with 'The New Diana' a biting satire on celebrating the banal, a love letter to the other one in Wham with a great nod to the golden age 'this is Sarah Nixey talking.....' , 'British Racing Green' continues to commemorate and burn sown the most English of dreams. 'There are traps in the grass for the working class' echoing that vibe all visitors to the countryside get about the true feelings of those who live there in my personal favourite 'When Britain Refused To Sing'

The band stopped rather than split - it appears from all sides that was to maintain their relationships and stop while it still felt like fun. Two tracks from aborted 2008 writing sessions unveiled at a handful of live gigs at the time plus B-sides and remixes makes up a '#BBREXIT' CD. The only niggle being the addition of a half dozen others would have made the set complete with no need for 'The Worst Of Black Box Recorder' but perhaps that title explains why they aren't here. Maybe 'Seasons In The Sun' inclusion may have been a cover too many but its a cracking version.

The set is rounded off with a DVD of the promos and rare film of the band live at Nick Sanderson tribute gig at Kentish Town Forum in 2008 supporting the recently reunited The Jesus & Mary Chain who lent the band cash to fund their early recordings way back when. Makes you wish they would pop up for a gig or two more often as they were captivating.

All housed in a suitably sturdy black box with poster and sleevenotes that stand up to reading more than once this is an excellent way to experience or revisit with one of England's smartest, driest and beautifully tuned pop combos.

Black Box Recorder: Life Is Unfair (4 CD\1 DVD)
is out on One Little Indian on 8th June