'Take it easy,
take it slow
oh get on with the fucking show'

The first time I saw Ben Folds live I wasn't there to see him. He was doing a co-headline tour with The Divine Comedy and I was there to seem them at Shepherds Bush Empire, never heard of him. They were ok that night, between albums and a bit tired whereas Ben was extraordinary - just him and a piano. It's been a good decade and a half and maybe a dozen or shows but I finally get to see him play a complete solo set. 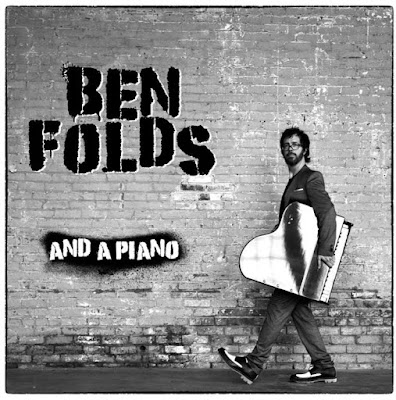 As a regular gig attendee I booked tickets according to his standard stage setup to ensure I would be dead level with him and able to see his furious fingers at work. Basingstoke Anvil is a very modern, bit antiseptic but great venue sound and view wise. Strolling on to Nilsson's 'One' he begins with a track from the criminally ignored last album 'So There' with the fitting couplet outlined above. The tune always muses on his life being good for music and lyrics but possibly not for him personally as is the singer songwriters lot.

First laugh of the night comes from 'All You Can Eat' - 'Son, look at all the people in this restaurant, what do you think they weigh?' with plenty of foot movement sounding akin to tap dancing which Ben admits is probably due to the good construction of the stage. The setlist covered most bases tonight - although would have loved to hear something from 'Lonely Avenue' - with the histrionic 'Erase Me' a highlight. 'Steven's Last Night In Town' was prefaced by a long anecdote about the titular character complete with cod British accent. At the songs conclusion he wander stage right, sits and hits a single drum while the crew assemble a full kit around him which he slowly takes over. To get applause he walks back to his stool; muttering 'Well that worked, always wanted to try that'

The audience are enthusiastic but restrained throughout but as always with Ben's shows we are required to participate at key moments in the night. Those of us who know the words (about 1\3 on tonight's evidence are chomping at the bit to provide Regina Spektor's vocal lines and responses in 'You Don't Know Me', we are schooled in the three part harmony for 'Not The Same' and expected to know and take the requisite parts of our choice to recreate the horn section for the closer, 'Army'. Must be a bit baffling for first timers but I can't imagine it was any less fun. 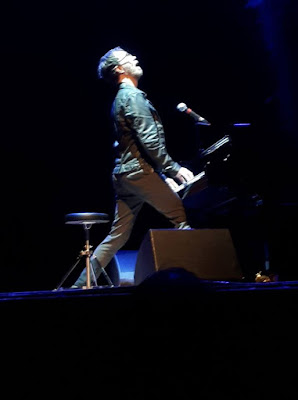