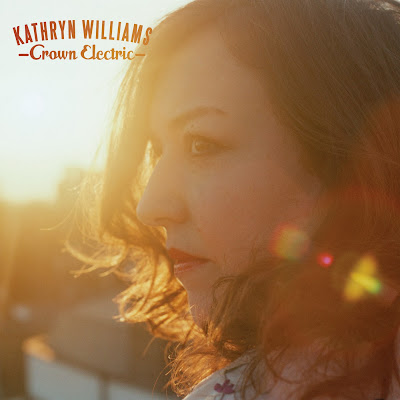 
Finally, with her 10th album 'Crown Electric' , Kathryn Williams has gained the strength from a person who has enabled her to have pride and confidence in her own talents and songs - namely, herself. Recent collaborative projects with Neill MacColl and her 'Pond' album appear to have given her the courage of her own conviction. This album is a testament to that personal growth and life experience.

The albums' main theme is time. Time passed, time that is left, how it is wasted, how quickly it disappears and how it measures out achievements and mistakes. Its not an album looking backwards, more taking a  moment to look around and breathe.
Yet there is a realization that life, time and the world goes on whether you are in it or not. People come and go from your life, places change and all you can do is make the most of the people and experiences you have. 'That's the most important part of all / Someone to catch your fall'

The everyday pressures of life from the fear of the bustling hoards in 'Underground' , the desperate feeling of 'Monday Morning' and the scarcity of enough hours in a day in 'Count' are universal truths we can all share. If Kathryn has a recurring theme throughout her career, it's the ongoing battle between darkness and light. Darkness often appears as worry, guilt, panic attacks, lack of self belief and death. Light is from love, friends, family and the simple kindnesses we all take for granted.

'Darkness Light' starts gently but slowly builds until the strings swirl tempest like around the vocal raised against the storm 'Sometimes there are shadows that I have to fight, you can make my darkness light' with the 'light' making everything calm and still once more. Ben Trigg's string arrangements on 'Crown Electric are vital as they enhance and give real weight to the material as well as simple joy to the infectious single 'Heart Shaped Stone'. Ed Harcourt's appearance on 'Morning Twilight' alongside a wonderful melody proves that much beauty could come from a full album from the pair.

I have bored friends silly with my admiration of my highlight on the album 'Sequins' another collaboration with Ed Harcourt. It somehow treads that line (if one even exists) between humour and touching melancholy. A woman muses that 'If I walk through heaven with no make-up on I'll be frightening the angels for good' but reveling in the feelings that medication and death allows 'I've never felt better and I like the sensation of finally feeling numb'. Ed Harcourt's sweet piano playing and Kathryn's voice create real magic in the air.

The album ends with a flurry of dissatisfactions about our society - the divisions in families and communities, the failure of the welfare state and the greed of the banks which is a welcome new side to her songwriting. Likewise the yearning 'Arwen' featuring James Yorkston which could hold the key to Kathryn's new found stability 'From the bottom to the top / I didn't think that I would make it' but finding stability in people and places called home.

Having lived with this album for a month or so, there are no 'ifs' and 'buts' for me - it's the best album of her career.
If you've never sampled her work it's a great place to start. If you fell off the train at some point, a perfect time to get back on board. This feels like the culmination of so much hard work, perseverance and the flowering of her confidence. Kathryn's prime is so very much not behind her - this is her crowning glory. 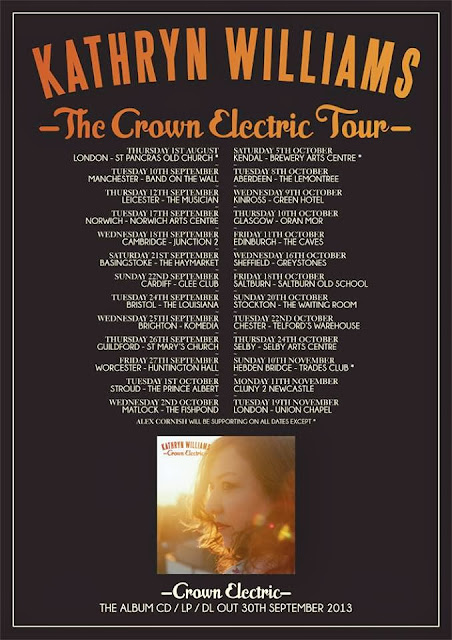