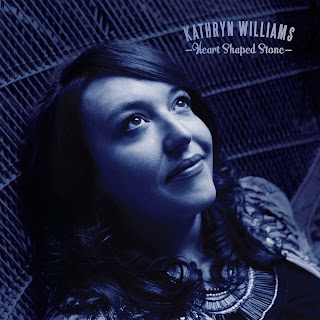 It seems fitting that Kathryn Williams should play a truly transcendentally wonderful show in such holy surroundings with a sweltering summer night making you feel like you've picked a table downstairs.

For this intimate show at Old St Pancras Church, a quiet idyll tucked behind the rush and bustle of Kings Cross and St Pancras rail terminals, Kathryn presented her new album, 'Crown Electric' and made new songs sound like old friends that you've known for years. 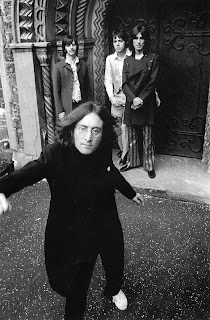 With the audience using their origami skills to fashion improvised hand fans it bought to mind the public gallery in 'To Kill A Mocking Bird' (but with less rednecks and not segregated - sorry, where was I?) at times but despite that we felt fortunate to be there.

I've seen Kathryn play live more times than  I care to remember but it must be in the low 30's - bit like last night's temperature - and I think I have never seen her so confident, relaxed and happy to be on a stage. Whereas in the past her onstage quips and asides would make her crumble into embarrassed cringing, she seems far more at ease with saying offbeat and daft things knowing that her audience love her for her honesty.

One track stuck out in tonight's for me - the wonderful 'Sequins' when she was joined by co-writer Ed Harcourt who played some delicate and moving piano. The intro reminds me a little of one of my favourite Elvis Costello songs 'Couldn't Call It Unexpected No.4' from the much maligned but actually flipping awesome 'Mighty Like A Rose'. Like that tune, Kathryn's song deals with matters of life and death.

If this live version is anything to go by then this is set to be one of the best songs she has ever recorded. I was genuinely in tears from about halfway through - her voice and delivery was so strong and confident, the lyric at terms funny and profound. Ed later told us that she wrote it in the bath - well this truly is a 'eureka' (rather than 'you reek uh') moment for her songwriting.

'Underground' chimed with me as I too have had panic attacks and tube\trains converge just when you don't want them too. 'I've got to get out, got to slow down' has been my mantra many a time whilst travelling.  Ben Trigg wrote and arranged the strings for 'Crown Electric' and from tonight's evidence he's done a fantastic job. There is real drama and melancholy throughout with 'Morning Twilight' featuring Ed Harcourt being a spooky and mysterious highlight. The solid gold pop of 'Heart Shaped Stone' (see 33&A Nerd Podcast 3) sounded even better live filled out with strings and David Saw's added guitar.

The sweetness of 'Darkness Light', the woozy groovy 'Count', the yearning 'Known' - it really was an embarrassment of rich tunes

Despite only playing 4 songs that would be familiar to the audience including a mellow take on the Boss' 'Dancing In the Dark' - sadly with no dancing with an audience member - we sat in enraptured silence and she was cheered to the belfry at the end of the set. I'm so happy Kathryn has finally managed to enjoy this playing live lark as tonight she was simply spellbinding

The new single 'Heart Shaped Stone'   is out on Monday (5th August) from i-tunes etc. and you can pre-order the new album from all good independent record shops...or AmazonUK AND THERE IS A VINYL EDITION!! (out 30th September)

I simply cannot wait for the album to hit my mat.