These Are Ace Records

And the best way to celebrate this new and doubtless short period of austerity is to buy what big game hunters call a "brace" of CDs from what I'm coming to think of as the best reissue label around - Ace Records. 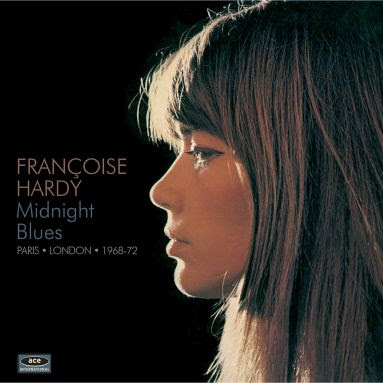 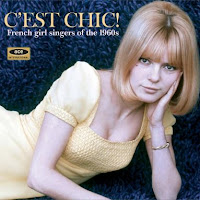 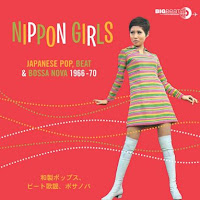 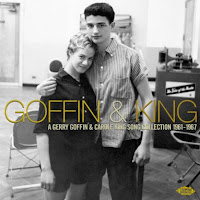 On a purely aesthetic level their packaging is always bright and inviting, packed with picture sleeves, labels and interesting text rather than the usual cut n pasted bios.

As you can see, my choices were fairly poppy but it's the recent Francoise Hardy set that has really caught my attention.

I must admit I was not at all familiar with Ms Hardy's English language material - my silly rock snob gene suggested to me that somehow songs in her native tongue would be more "authentic" (yes, yes, you are right to boo that word!) and heartfelt.

This compilation is made up of her 69' LP 'One - Nine - Seven - Zero' (aka 'Alone') and 1972's 'Francoise Hardy' aka ('If You Listen') and are in the folk \ rock mould but that label really doesn't cover the skill and breadth of ambition presented here.

Half of '1970' was written by Mickey Jones \ Tommy Brown and its the production and quality of their opening set of songs that really make this album special. Thats not to say Francoise's own songs aren't up to standard it just appears that the ideas and arrangements for the other tracks are more subtle and developed.
the strings in particular on 'Song Of Winter' are sinister and dramatic.

The album is chock full of great performances and even a little country from Francoise in 'Midnight Blues'. The cover of Cohen's 'Suzanne' is so sparsely augmented by musicians it pretty much leaves us just with Hardy's breathy vocal which is wonderful but makes the single repetitive guitar figure become a little annoying. The closing 'Why Even Try' is a fine way to end - a delicate impassioned performance with a little Gallic drama playing against the world weary pessimistic world view.

The follow up album 'Francoise Hardy\If You Listen' has only one song of Hardy's 'Brulure' but as the other tracks are written by Randy Newman, Neil Young, Buffy St Marie others it's not short of quality material. If I had a preference of the two on this compilation I would say this, recorded in London's Sound Techniques studio, was my favourite. The overall atmosphere and sound of the album is more coherent and complete.

I can pretty much listen to anyone sing 'I Think Its Gonna Rain Today' as its a wonderfully melancholy piece. The line 'Tin can at my feet, think I'll kick it down the street. thats the way to treat a friend' stops me dead every time. In the version here Hardy's sensitive vocal is sometimes spoilt by the over dramatic strings which may just be a production thing.

In Bob Stanley's excellent sleeve-notes he mentions there was an attempt by Joe Boyd to bring Hardy to collaborate with Nick Drake which foundered on her lack of English and his lack of ability to communicate with anyone. Tracks like 'Sometimes' and 'Until Its Time For You To Go' have the direct, simple beauty of Drake's work. 'Brulure' with its infectious little guitar piece just keeps building and building with Hardy's voice soaring to match. 'Bown Bown Bown' sounds like a song coloured by Bowie's 'The Man Who Sold The World' album especially on the repeated title phrase.

The final four tracks, aside from the Newman cover, have a special something I just can't put my finger on. Its a life and energy, everything is clicking and whirring so beautifully - both singer and band. Anyone with a love of English folk music and songwriters from the late 60's\ early 70's should be on this like a fat man on a KFC bargain bucket. Sheer class (unlike that last image)

Just a few words on the other discs -

Nippon Girls flicks that same switch in my head that 90's acts like Shonen Knife and the Pizzicato Five did at the time. The perfect assimilation of western pop music which is then blasted out through Japanese culture to make this strange hybrid that seems familiar yet strange. Funky and rump shaking rhythms, Austin Powers-tastic stuff

C'est Chic - a nice little collection of French poppettes, each give a little bio alongside those wonderful 7" and EP covers. What is it about French 7" & EP single covers that are so alluring. I've just learnt that there is a Volume 2 imminent next month so you haven't got long to bag this great little intro to French girl singers.

Well, for those yet to listen to the excellent Carole King podcast this little beauty was recommended to me by our guest. This is a brilliant compilation of rarely heard songs from the Goffin & King songbook. Some have never been on CD before and some like the awesome Dusty springfield 'Wasn't Born To Follow' slipped out unnoticed on a compilation in the mid 90's. The PJ Proby track is another highlight - a wonderful vocal performance that wrings all the pathos and pain out of 'I Can't Make It Alone'. The addition of Aretha's Natural Woman is a little puzzling but by no means unwelcome on this collection of the unknown.