I've Got A Golden Slipper 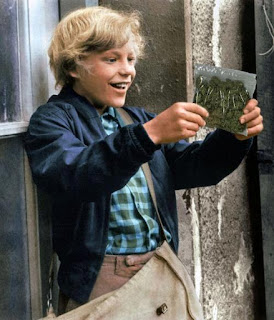 "I never dreamed that I would climb over the moon in ecstasy,
But nevertheless it's there that I'm shortly about to be

Blimey this was fun. Thanks to a bit of luck and years of faithful devotion to the headliner and her brill songs (yes, I sound like a cheerleader, well, RAH! RAH! YAYYYYYYY!!!) I got invited to this titchy gig in a Soho private members club. Heading the bill was Kathryn 'two- London-gigs-in-a-week-just-like-Muse-and-The-Stones' Williams with supports from Nick Mulvey & Raevennan Husbandes. I hope they will not be offended if I admit that I didn't know their work before the show.

The venue for the gig itself was little bigger than your average living room. Sofas, stools and hard floorboards were the choice of seating. Despite the lack of space, everyone was somehow accommodated within the TARDIS-like room and once windows were opened the breeze and hubbub of life in the street below gave the gig a unique atmosphere. 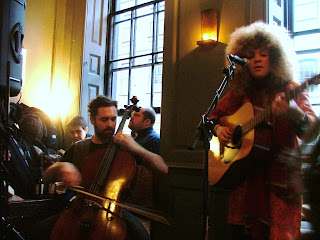 It was still rather humid in the room when Kathryn sat in with the afro-tastic Raevennan Husbandes on a song they wrote in a Leeds hotel room - 'Wanderlust' which is evidence that they should do this again and soon. It was a perfect marriage of their voices and styles. Her own set was shot through by her delicate vocals and playing, a simple and effecting beauty that drew you in like a soporific candle. Her recent illness which temporarily took her sight and hearing has clearly coloured the quiet power of songs like 'Silence' and 'Stay'. The room seemed awed into silence themselves - I think this wasn't just a revelatory performance for me alone. Catch her soon as you can. 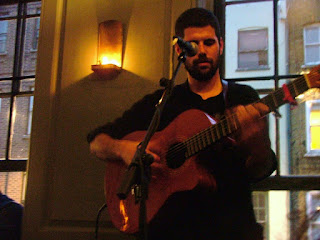 I'd seen Nick Mulvey's former band, Portico Quartet, across town at a similar showcase last year. They were impressive but it just wasn't my bag, man. So I wasn't sure what to expect from Nick's solo material. The attraction of these small shows is the intimacy between artist and audience - I'm not sure if this is felt to be a plus from the artists' position - and to see the skills at work. I was no more than 6 ft away from Nick as he played and if I wasn't I would have thought he was using some kind of electronic trickery to produce the sounds he was making.

Often it appeared that there were two people playing as he developed rhythmic foundations for each song. His new EP 'Fever To the Form' will be a treat if tonight's set is anything to go by. My personal favourite was the hypnotic 'Juramidam' and I'm glad any preconceptions I may have had were well n truly confounded with a tight and impressive display of his talents. 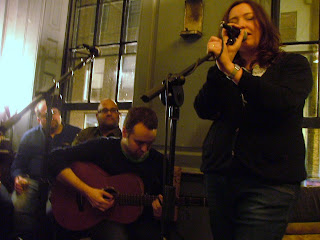 With this show and the gig at the Old Queen's Head, Islington  last week, hearing the new material that Kathryn has been working on has only made me keener to bore the arse off all my friends with my continued playing of the resulting album 'Crown Electric' once it is released in September.

'Heart Shaped Stone' is already becoming a firm favourite, just a simple ear-worm melody that gives the phrase'commercial' a good name. Other new songs tonight were the gentle 'Arwen' and 'Tequila' (no relation to The Champs or Terrorvision hist of the same title) with its image of 'salty smudged kiss on a computer screen' with love delayed and deferred.

The night ended with requests for 'Flicker' and 'Grey Goes' (my shout). 'Flicker' was the first song of Kathryn's I heard on what was once called GLR, Robert Elms' show I think. There is a special something about it that I just can't put my finger on. On the record its the dramatic silence after 'quick goodbye'. Maybe its the memory of first hearing a new artist that you'd come to love. Whatever it is, it always feels like such a personal cry from the heart.

'Grey Goes' always sounds a little unhinged both lyrically and musically, the guitar chords clashing, purposely sounding a little off-key and troubling. It builds to that deranged and unnerving shout - i just can't get enough of the power and energy of performances like this. Astonishing

Rarely do I go to gigs and come away with not only great memories of a favoured singer but also keen to find out and hear more from the support acts. Although tonight Nick and Raevennan felt like part of a complete experience then separate or minor parts. The audience treated everyone with the same level of attention, respect and enthusiasm. London crowds can often be so blase and intolerant so it was a pleasure to be among such polite people.

Thanks to all at Society Of Golden Slippers for organizing such a great event and managing to make a tiny gig welcoming, comfortable and relaxed. Rather than the cramped packed and endurance testing evenings that I have experienced elsewhere. May the road rise with you.

To find out more about Society Of The Golden Slippers and their marvellous music nights go to: