Puff The Magic Dragon: an expose 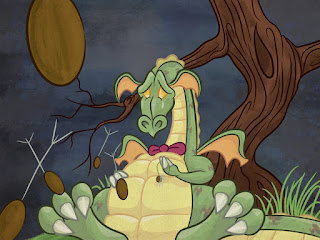 'Puff The Magic Dragon' is perhaps the most upsetting song every placed in front of a happy child's trusting face. The antics of the mythical creature and his friend, Jackie Paper bring joy to their hearts before the terrible truth descends.

A dragon lives forever but not so little boys
Painted wings and giant rings make way for other toys
One grey night it happened, Jackie Paper came no more
And Puff that mighty dragon, he ceased his fearless roar.

His head was bent in sorrow, green scales fell like rain,
Puff no longer went to play along the cherry lane.
Without his life-long friend, Puff could not be brave,
So Puff that mighty dragon sadly slipped into his cave.

Truly, this is just heartbreaking

But something just didn't ring true.

If I had a friend who was a dragon (and don't think this is the first time I've thought that) I wouldn't just discard him so readily when I grew up. Even when you started dating - 'Hey sweetheart, shall we go to the movies tonight or go and see this dragon I know. yeah that's right, a fucking dragon. Oh yeah!".

Once you've convinced her that 'the dragon' is not a nickname for your penis - showing her a creature from fairytales would be worth at least inside upstairs,. Its a done deal. 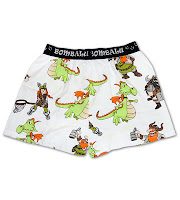 Plus once kids hit double figures they are so keen to make money out of their friends any way they can. We used to put on magic shows and charge people, sell the cakes we made in home economics, flog foreign stamps to the nerdy collectors, auction football stickers. If there was a way to make some pocket money we'd do it.

Now imagine if you had access to a dragon. You would pimp that bitch to your pals for big bucks. Charging for rides, roars and scales. You'd be selling fuzzy black n white snaps to the tabloids. There would be tours, a gift shop, it would be a whole dragon industry that you would eventually sell for squillions to Disney.

However there is darker theory that is mentioned in the pubs on Honalee that Jackie Paper did not grow up but died in unexplained circumstances when he got lost in the mist. That is the true tragedy at the heart of the tale - Jackie Paper is dead. Puffs disappearance - is it grief or guilt that sends him into his cave, never to emerge again? Exactly where was he on that grey night?

Regardless of the conspiracy and tragedy, there Puff stays, alone and heartbroken in his cave - dreaming of the days of wine and plenty. The songwriter Neil Hannon of The Divine Comedy adapted the story in his song 'A Lady Of A Certain Age' recasting Puff as a faded rich lady who 'chased the sun around the Cote d'Azur/ Until the light of youth became obscured / And left you all alone and in the shade / An English lady of a certain age'

But gentle reader, wipe those tears away. For recently unearthed documents have revealed a possible missing last verse that was written but never recorded by Peter, Paul & Mary. *

Many summers later as Puff walked along the strand
He looked down and saw some small footprints in the sand.
A voice said, "Mr. Dragon, please don't be so sad.
My name is Jenny Paper and I was sent here by my dad."

Young ones love adventure, games for bold and brave
Soon Daniel Drum and Johnny Plum had found Puff's magic cave
With coloured flags a waving, they dance upon the shore
And children come from miles around to hear Puff's mighty roar

And before all you Generation X-ers start saying that its all about drugs - it isn't. You really shouldn't read too much into these things

*sadly untrue but - print the legend