Life is just a stream of hellos and goodbyes 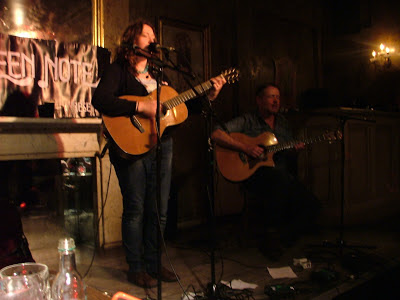 "She attracts a better class of audience"

As a regular gig attendee I can be quite easily prodded into ranting about the behaviour of people at gigs these days. the incessant yabbering, people taking crappy photos on their mobile that they will look at once then delete, the rudeness and downright selfishness.

Never had that problem at a Kathryn Williams gig. A friend I took along to a previous show said afterwards. 'Her audience are so quiet. Not just during the songs but between them as well.'

The night kicked off with a superb opening slot by Broken Boat - a great folky three piece. Ridiculously young and talented, making us feel feel old and useless. Lead vocalist, Daniel Bahrami and bass player \ accordionist, Jess Hart's voices meld beautifully whilst guitarist, Brendan Kearney, quietly plays a demon guitar. Again I think they were surprised that the audience listened to their performance rather than talked through it about 'The Apprentice' and 'Britain's Got Talent'.

Kathryn, aided by multi talented Neill MacColl, gave us one of the best gigs I've seen her play. Yes it may have been a little shambolic as the set-list was chopped and changed during the set. Yes, she got into a fit of the giggles after an off-colour joke involving Kermit the Frog and barely made it through 'Armchair' but these are the things that make nights out great. Times are tough, money is tight and I'd rather spend it on something that feels genuinely spontaneous and fun than a slick and humourless show.

Like a crowd of expectant guinea pigs (hang on, that sounds like a gig at an animal maternity ward) we were given a sneak preview of Kathryn's new material due to drop in the fall (sorry). They slipped into the set alongside her older songs seamlessly and not because of any recycled ideas. 'Heart Shaped Stone' in particular had an infectious tune and 'Underground' says how we all feel on those trains, walking those tunnels, slumped on those escalators as 'everyone is looking down'. 'Monday Morning' speaks to that feeling we all have when the duvet is so warm and the world is so cold. 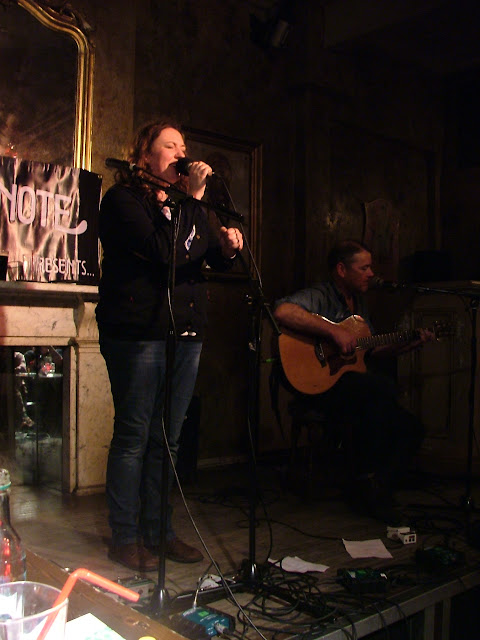 I've been coming to see Kathryn for more than a decade and its great to see that she has fun on stage these days. She admitted that she used to have to play sitting down for fear of fainting with nerves. She's now more chatty on stage in a wonderfully conversational way (who needs slick?) and more confident with experimenting with her songs. 'Little Black Numbers' is performed acapella, vocal harmonies and lines built up by live sampling, climaxing in a tapestry of sound - all with the flick of her right foot.

A pal said post-show that often at a Kathryn Williams gig you feel she is just singing to you and in a small, perfectly formed room like this that perception is only magnified. 'Flicker' appears even more personal and heartfelt and the woozy 'Grey Goes' which ends the set is unhinged and powerful. As with her version of 'Hallelujah which she used to close shows with she really lets go and this bellow of jagged, guttural emotion fills the room. Its spine tingling stuff.

New album coming soon but til then follow her on Twitter and her blog\website over here and catch her live around the country - righty here . You won't regret it.

Oh and double thumbs up for The Old Queen's Head & Green Note for hosting such a top night of entertainment.